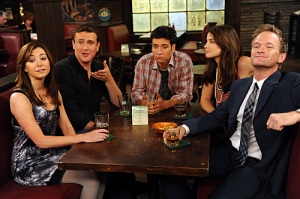 "How I Met Your Mother" is CBS' best sitcom

In today’s issue of the Tufts Daily, I have my first piece in a four-part series investigating the current state of network television comedy. I’m taking a network by network approach, and today’s focus is on CBS.

More important than total viewers, though, is the adults 18−49 demographic. The rationale is that these relatively younger viewers are less likely to be set in their ways regarding brand loyalty. Advertisers are willing to pay more to reach those viewers because, to them, it is a better investment.

END_OF_DOCUMENT_TOKEN_TO_BE_REPLACED

Posted in BP at the Daily

Tagged $#*! My Dad Says, Big Bang Theory, BP at the Daily, CBS, How I Met Your Mother, Mad Love, Mike & Molly, Rules of Engagement, Sitcom, Television, TV, Two and a Half Men